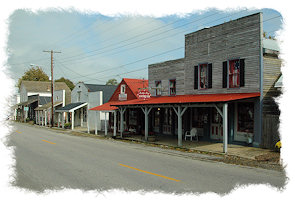 Have you been to Perryville, Kentucky lately? Well, if you haven’t put that on your to-do list the next time you visit! It is a budding success story built on relationships. Perryville, just 9 miles west of Harrodsburg, in Boyle County, is the site of a Civil War Battle fought October 8, 1862, known to be the bloodiest battle of the War. (Aren’t they all the “bloodiest?”) A very popular re-enactment is held every year. This year, October 5-7, 2012, the sesquicentennial (150th) anniversary of the battle will be celebrated with many interesting events.

Now back to the success story. Not only does Perryville have the Battlefield State Park, but it is also home to Merchant’s Row, pre-Civil War avenue of homes and store fronts. Over the years many attempts were made to restore and preserve these treasures but not until the last few years have the “stars become aligned.” Through the partnerships of the Perryville Battlefield Preservation Association, City of Perryville, Boyle County Government, Kentucky Heritage Council, National Trust for Historic Preservation and the Main Street Program of Perryville the Row is becoming a vibrant commercial district. New life was given to these already existing partnerships when local citizens and former citizens of Perryville became involved in the Main Street program. Through the leadership of Vicki Goode, Lisa Bottoms, and Robby Mayes storefronts were repaired, painted and rented. This little street boasts an antique shop, wedding shop, gift shop and hopefully, soon, a bakery. These folks wanted their unique town to be “all it can and could be.” It is well on its way because of hard work, organization and working together. Hmm, what an example for the Federal Government?! For more, go to www.betterindanville.com. 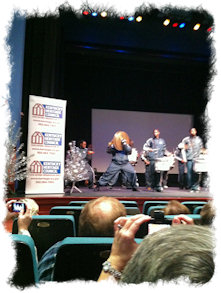 Just last week I was in Frankfort for the Kentucky Main Street awards. The opening ceremony was the drum core of Kentucky State University. It was fantastic! Young men and women performing in perfect precision. Now you are thinking why would that be something a preservation organization would be interested in? How is that performance preservation? Well, it is a preservation of a culture we are losing. In the town where I grew up we had an all African American high school and two African American colleges. I honestly don’t know if they had sports programs but I do know they had the most entertaining marching bands. Streets were packed whenever there was a parade because these bands entertained every step of the way, dancing, drum rolls, and somehow playing music the whole time. There are very few African American schools or colleges left since integration, which is the right thing but somehow, that talent, culture and entertainment needs to be saved. Sure did bring back great memories for me!