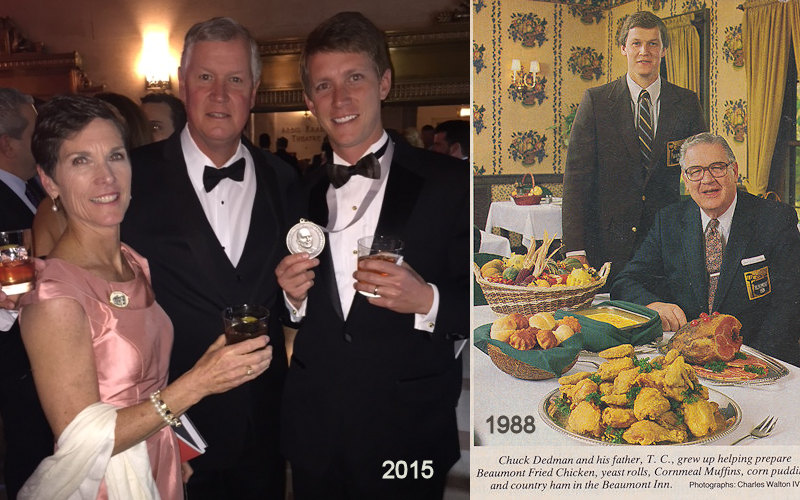 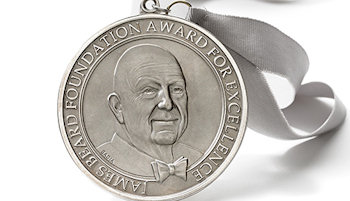 We at Beaumont Inn are thrilled and honored to receive the America’s Classic Award in 2015 from the James Beard Foundation, the Oscars of the food world. The America’s Classics Award is given to restaurants that have timeless appeal and are beloved for quality food that reflects the character of their community. We received the award during their annual awards show on May 4th in Chicago.

“In an ever-changing culinary landscape, our Foundation is proud to honor those whose restaurants have stood the test of time,” said Susan Ungaro, president of the James Beard Foundation. “Our honorees, hailing from different cities around the country, have the unique ability to bring neighborhoods together as they celebrate the authentic and unique flavors of America’s food scene.”

Here’s what they said about Beaumont Inn:

Founded by Glave Goddard and Annie Bell Goddard in 1917, the Beaumount, which opened for business in 1919, is still operated by their descendants. Set in a former women’s college built in 1845, the Beaumont main house is columned and formal. And the menu is deeply rooted in Kentucky. The Dedman family, now at the helm, serves Kentucky products with pride, including Weisenberger meal, Meacham hams, and bourbons from the best distillers in the state. Recipes for dishes like corn pudding and fried chicken, handed down through five generations, form the core of the menu. As their forebears did, the Dedmans serve two-year-old country ham, which they bring to maturation in their own aging house. Little has changed since the days when the pioneering critic Duncan Hines was a regular. “Now write this down for the people in Kentucky,” he told a reporter back in 1949. “[Say] I’ll be happy to get home and eat two-year-old ham, cornbread, beaten biscuits, pound cake, yellow-leg fried chicken, and corn pudding. And you can say what I think is the best eating place in Kentucky: Beaumont Inn at Harrodsburg.”

This year’s winners will appear in a cookbook about the James Beard Foundation’s America’s Classics restaurants around the country, along with more than 80 other restaurants who have won this award since its inception in 1998. The book will be published by Rizzoli in spring 2016.

The James Beard Foundation Awards Ceremony and Gala Reception took place at Lyric Opera of Chicago on May 4, 2015. During the event, awards for the Restaurant and Chef and Restaurant Design categories were handed out, along with special achievement awards including Humanitarian of the Year, Lifetime Achievement, Who’s Who of Food and Beverage in America, and America’s Classics. A gala reception immediately followed, featuring top chefs and beverage professionals from across the country.

Established in 1990, the James Beard Awards recognize culinary professionals for excellence and achievement in their fields and further the Foundation’s mission to celebrate, nurture, and honor America’s diverse culinary heritage through programs that educate and inspire. Each award category has an individual committee made up of industry professionals who volunteer their time to oversee the policies, procedures, and selection of judges for their respective Awards program. All JBF Award winners receive a certificate and a medallion engraved with the James Beard Foundation Awards insignia.

Read more about the James Beard Awards on their website.