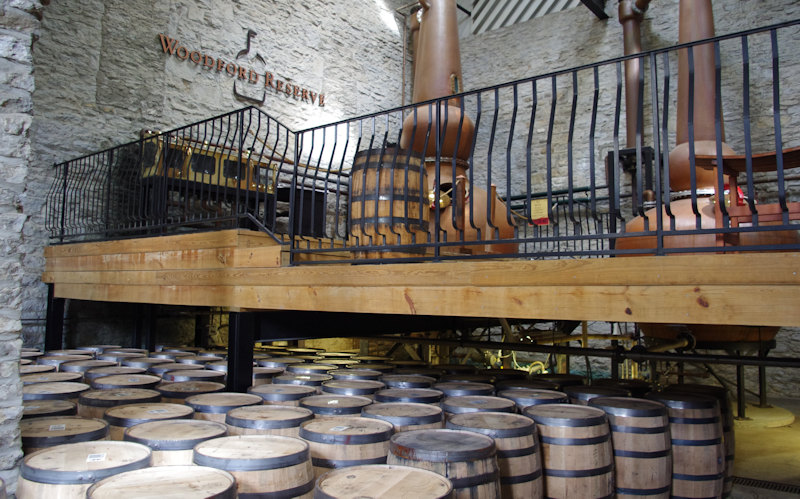 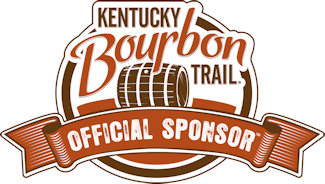 Also see our guide to the Bluegrass Region!

Our Favorite Bourbon Distilleries to Tour

Bourbon is America’s only native spirit. And almost all bourbon— 95% according to the Kentucky Distillers Association — is produced in Kentucky. Like the story of Kentucky itself, the story of Kentucky bourbon began in the Bluegrass region. And what a story it is: Visit distilleries, historic sites and other Bluegrass places with a bourbon connection and you’ll encounter such fascinations as the “white dog” and the “angel’s share.” You’ll hear how Kentuckians ranging from a cantankerous Baptist minister to a feisty school teacher changed the course of bourbon history. You’ll also meet modern-day Kentuckians and Kentucky families who continue the state’s most spirited tradition.

Kentucky Bourbon Festival: (September) Since 1776, the people of Bardstown, Kentucky have been making Bourbon. Their dedication to the fine art of distilling eventually gave Bardstown the title of Bourbon Capital of the World. Come celebrate this passion and history at The Kentucky Bourbon Festival. The Kentucky Bourbon Festival gives you a weekend full of smooth Bourbon, delicious food, and great entertainment, with a healthy dose of Kentucky hospitality thrown in for good measure. From black tie galas to historical tours, there is something for all ages and interests. It’s a wonderful five-day event full of activities for the whole family. Read more about the festival.

Woodford Reserve  is a restored historic distillery and a showplace of the distiller’s art and Kentucky bourbon heritage. Definitely map your trail to this one! You might want to stop to take a look in Versailles, a nice, small town with several interesting shops. As you turn off the highway to the distillery you will pass by many beautiful horse farms. Once you arrive at the distillery you will be impressed with the beautiful limestone structures that house that precious brown liquid. This small, picturesque distillery is nestled along Glenn’s Creek at the site where Elijah Pepper, one of the famous early Bluegrass distillers, set up his distillery in 1812. The Labrot & Graham name goes back to 1878 when James Graham and Leopold Labrot bought the property. Re-opened in 1996 by the Brown-Foreman Corporation, the Woodford Reserve Distillery gives visitors a sense of what bourbon making was like in the 1800s. For more tour info, go to the Woodford Reserve Distillery Web site.

Wild Turkey Distillery (Austin Nichols Distillers) tours reveal an intriguing combination of tradition and modern mass production. Although the Wild Turkey brand of bourbon wasn’t introduced until 1952 (supposedly named because the hunting partners of then-company president Thomas McCarthy loved the bourbon he always brought along on their annual turkey shoot), the lineage of bourbon and bourbon making at this site at the Kentucky River near Lawrenceburg goes back to the mid 19th-century. In the fermentation room, for example, 70-year-old cypress tanks stand next to modern stainless steel ones (the old tanks will be used as long as possible, the tour guide explained). The mechanized bottling line shows you that this is a modern production plant. Yet if you happen to run into Master Distiller Jimmy Russell in the warehouse and hear him talk about the time and personal effort that went into developing just the right mix of aging for the “Rare Breed” barrel proof bourbon — “Jimmy’s pride and joy,” your guide explains — you’re reminded that many aspects of fine bourbon making will always be low tech. For directions and more details, go to the Wild Turkey Web site.

Maker’s Mark is the only operating distillery in America to be designated a National Historic Landmark. Originally built in 1805 as a gristmill distillery, it became the home of Maker’s Mark in 1953. Today, it is the oldest operating distillery on its original site. The Master Distiller’s House was built in 1840. The Toll House just off the front drive is a permanent reminder of when fees were levied for use of roads nearly a century ago. The Still House is the heart and soul of Maker’s Mark. From their antique roller mill crushing the grain to the giant cypress tubs full of sour mash to the “white dog” (new whisky) running through the “spirit safe,” this is where you can see Maker’s Mark being made by hand every step of the way. For further information on tours, go to the Maker’s Mark Web site.

Four Roses Distilling Company near Lawrenceburg gives a “roll-up-your-sleeves” look at the fermentation and distillation processes. Exclusively exported for over 40 years, Four Roses Kentucky Straight Bourbon Whiskey is now for sale in Kentucky. The distillery is located in an unusual California Spanish Mission-style building constructed around 1910. For further information on tours, go to the Four Roses Web site.

Buffalo Trace near Frankfort provides for the complete production of bourbon whiskeys. All bourbon produced by the distillery is aged in century-old warehouses. Constructed of massive wood beams and covered by a brick shell, these structures allow the alternating cooling and warming of Kentucky’s four distinct seasons to mature the bourbon by nature’s timetable. Steam pumped throughout the warehouses during the extreme cold of winter compensates for the dramatic drops in temperature and gives the whiskey additional cycles in and out of the wood. This makes for a more balanced bourbon, as the liquid is able to take additional advantage of the natural sugars occurring in the charred barrels. The distillery was the first to use this method of aging in 1859 and has been doing so ever since. After visiting the distillery you might want to drive into Frankfort. The Thomas Clark Center for Kentucky History is very interesting. Nearby is Poor Richard’s Books, a wonderful coffee shop/bookstore. Of course you must see the Capital and Floral Clock, Broadway at St. Clair Mall. One of our favorite house museums is Liberty Hall, 218 Wilkinson St. For more tour information, go to the Buffalo Trace Web site.

Jim Beam is the best-selling brand of bourbon in the world. Seven generations of craftsmanship go into every bottle, along with corn, rye, barley malt, water, time and pride. In 2012, they open their distillery doors to the public for the first time. Start your visit with a guided Heritage Tour of the historic T. Jeremiah Beam home where three generations of Beam distillers lived overlooking the scenic landscape and towering rack houses. Then step inside the Stillhouse Exhibit featuring an authentic 1800s copper still. Then venture inside their oldest rack house, Warehouse D, built by Jim Beam after Prohibition. For tour information, go to the Jim Beam Web site.

We look forward to your visit to our historic Kentucky bed and breakfast inn as you tour the bourbon distilleries. After you arrive at the inn, we will be glad to give you directions to begin Kentucky Bourbon Trail® adventure.